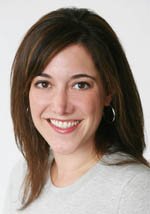 Anytime I do a media training I ask the same question. “How many
messages do you think you should have for your target audience?”

Every time I get the same answer… “Three.”

Three seems to be that magic number. In the literary world there’s the
“power of three”, a writing principle that says things that come in three
are funnier, more satisfying and more effective. Even in numerology
three is considered to be “the perfect number.” Lists that come in three
seem to be easier to remember. No one wants a list of 15 things. Three
seems to be just enough. So, when it comes to crafting compelling
messages – we should stick with three, right?

Wrong! Instead, it’s crucial to focus on your single most important
message.

2) When you have multiple messages, you’re diluting the conversation.
There’s too much for the audience to focus on. According to the Business
Marketing Organization we are bombarded with up to 10,000 marketing
messages per day! That’s a lot of chaos to compete with. Chances are
your audience is already at capacity with the information they’re
juggling. Having a streamlined message can help cut through the clutter.

4) Studies prove ‘Less is more!’ A joint study between Columbia
University and Stanford University proves that when people are faced
with too many choices, they are ten times less likely to commit to any of
them! Too much choice paralyzes the consumer. So if you overload on
messages, your audience may not hear any of them. There’s too much to
focus on, so they tune out.

5) It will be easier for you to firmly remember one message that you can
commit to, rather than trying to remember multiple messages and
trying to squeeze them all in. Having one message means you can
become more familiar with that message and therefore become more
comfortable delivering that message.
When it comes to the number of messages you have less is actually
more!

Keep in mind though, even with one solid message, that doesn’t mean
you can’t have multiple proof points to support that message! Case-in-
point - look at this blog. One defined message, but with multiple
supporting points to back up that singular main message. So don’t
confuse multiple messages and multiple proof points. The most effective
way to have an impact on your audience is with one main message
supported in multiple ways.

The next blog in this series will focus on what you need to do to make
your message matter to your audience and the secret to supporting
proof points!

Amy Fond is a Media trainer and Presentations Coach with Cameron
Communications www.mediatrainer.tv