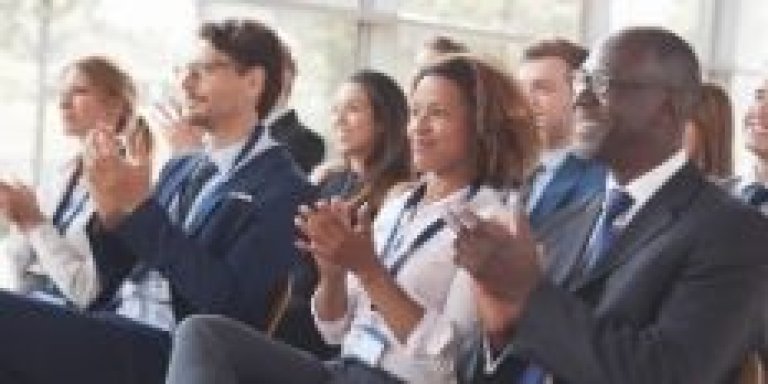 How can you get someone to trust you, to like you, to be on your side and feel like you’re in the trenches together … sometimes without even saying a single word?

The answer? Master “Mirroring.” Mirroring is when you mimic someone’s behavior, their tone or their mannerisms. Mirroring is an often innate trick with body language that can help you build a better bond.

Imagine you’re sitting across a table from someone having coffee. Now picture this … you lean in, they lean in, you drink your coffee, they drink their coffee, you smile, they smile. What starts to happen? You’re literally in sync together and subconsciously that leads to trust and a better report. We like that person more because we literally see a version of ourselves. In fact, studies show that mirroring behavior actually activates the area in the brain that process rewards and makes you feel good.

You’re probably thinking “that doesn’t work!  But it does … consistently.

When mirroring is done right… it can lead to a more powerful connection.

When mirroring is done wrong … it’s a disaster!!

So here’s what you need to know so you don’t make a major mistake:

-  Sit or stand squarely facing whomever you’re talking to.

- Start small by nodding if you agree or leaning in if someone else is leaning in.

It’s like walking into a pool. Sometimes it’s good to dive in and other times you need to take the stairs one at a time to ease in. Take the stairs with mirroring. Ease in and then start to work to build a better connection.

2) Keep up!: If you’re speaking with someone who’s a fast talker and you languish on every word, you won’t be in sync. Try to match someone’s pace, their volume, their tone. Imagine someone’s whispering and you’re shouting…how would you both feel? Matching cadence and pace often happens naturally, which is why you may find yourself subconsciously copying someone’s accent.

3)  Find the punctuator:  Everyone speaks with a certain punctuator, a gesture we often use to  emphasize our points. Be on the lookout for what someone else’s punctuator is, and start to slowly incorporate that into your mannerisms. For example: I have a client that often expands his hands to demonstrate the word “big.” Therefore, when I ask him about size or breadth of scope, I also expand my hands. I show him I’m listening to him and on the same page. That gesture is now a common language between us.

4) Only mirror natural movements: When does mirroring go wrong? When you mimic a movement that’s unnatural. If they scratch their nose….and then you scratch your nose…the spell is broken. That’s jarring, it makes mirroring too apparent and unnatural. Pay attention to the natural rhythm in which someone speaks, or the natural way they use their body language while talking. That’s what you want to mirror, not someone’s tics, scratches, knuckle cracking, or clothing adjustments etc.

Sometimes communication means using your voice and your words, and sometimes we can communicate simply using our body language and tone. Mirroring forces us to put attention on who we are speaking with, show them we’re listening and paying attention to them, and can build a proven and powerful rapport!